After almost a year of chronic semi-confinement, sprouts, outbreaks and waves of the virus and various anguishes is very often a: “let's talk” . I explain one real case:

A few months ago someone from confidence and that he was very distressed.

He added that his ex had informed him that of the vacation days that the children would be, iría 2 semanas a una ciudad y otra semana a otro destino nacional más.

I thought that of all the possible destinations the choice could not be more ... unusual: 2 menores y en 2 territorios de los más gravemente impactados por los rebrotes.

The client specified that during those weeks they would share a house with grandparents cousins ​​in their twenties… And he concluded that he refused to let him go with the children wherever he went and that urgent judicial measures had to be requested.

Like a machine gun my mind did not stop seeing risks, vulnerable people around minors, carelessness and nonsense and… solitary confinement.

I gave him advice more as a person than as a matrimonial lawyer:

"Talk, please, between you because neither one nor the other are listening. They can be heard but they are not being heard ", I told.

They don't need a lawyer. They need to be consistent and responsible adults.

I advised not to refuse to let the minors go on vacation with the other ex, certain and objectively, irresponsible and reckless ex, but they do record the refusal to go to those risk areas. A call to responsibility and prudence.

-No se puede pretender acudir a los judged to solve any disagreement of opinions and behaviors.

-Expongamos la opinión de cordial way, even if the other party is not.

-Seamos empáticos, assertive and look for the calmest moment to avoid the storm ... judicial.

And take your hand off the mobile at once!.

It is causing isolation, worth the paradox.

Offensive emoticons. Sending an ax or a knife in a chat to say that we do not agree with something ... it can take us before a criminal court.

Nos enfrentamos aún en los meses venideros de este 2021 a la incógnita de qué pasará con la pandemia, vaccines and if there will be even more cuts to our freedom of movement for the health of all. And the same questions will come up again. More inquiries the result of conflicts regarding whether or not it is prudent to displace children, weekends with one or the other, possible bridges and risks to the Health. And they will cross in the networks "I won't let you go with the children ... you won't take them ..." a most devastating etc.

Mediemos between ourselves. And talk, by legal obligation.

Since last November this law is in force. And it must be proven before the judge that before coming to their aid to solve issues such as the one explained, the parties have tried to talk, approach postures, give, compensate in return. I reiterate, Speak, capitalized.

Regardless of the fact that it is another matter that the conversations between law firms on behalf of their clients are confidential according to the Code of Ethics of our profession, no matter how much a judge requires to prove that an agreement was attempted and that one or the other declined or rejected the proposal, it important is that finally is mandatory, at least, 1 sesión previa de mediación. If later the parties do not want to agree for the reason they deem good, or if at the end after several sessions the entente breaks, the matter will be followed up before the judge.

It is sad to have to oblige by law to this but it is welcome that mediated management is imposed, conciliatory of a conflict to the cocky expression“see you in court”. Better a balanced deal.

Better to prevent the children from suffering, that families also suffer in addition to the spouses themselves or former members of the couple.

Forget reality TV or cocky attitudes… Do not forget all the good lived. And if there wasn't, keep your cordiality or, at least, respect of word and gesture. Avoid leaving only the memory of a legal battle for your children in your memory, who keeps the curtains that he paid for, microwave, or the aquarium.

I tell you as an expert lawyer and in the offices, sometimes, we see that the concern deviates from what important: the good of the children. And if there aren't, the tranquility of closing a stage and to open other no hard feelings no bad memories.

And if it is not possible to have a calm dialogue, talk to your marriage lawyer or trusted lawyer, and will channel, prior legal screening necessary, your requests. It is my advice as a marriage lawyer.

Confinement allows the regime of visits to children as long as their health is guaranteed | Terrassa Terrace (terrassadigital.cat)

I am a lawyer and, like you who read me now, I also drive. The accidents 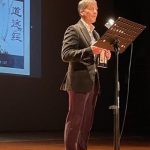 In matrimonial matters, divorce or partner, many times they occur, Unfortunately, to

The new law for the protection of disabilities in force since September 3. Help and support.

We use our own and third-party cookies to offer you a better browsing experience, analyze site traffic. More information about cookies and how you can Manage them
Read more